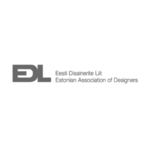 Association of Estonian designers want to protect the Estonian cultural identity. One of the crucial factors in preserving a unified cultural identity has been the Estonian language. Estonian designers value acquiring international experience through connections with the outside world. Estonia is grateful to its Nordic neighbours Finland and Denmark, which have helped to develop an awareness of design in Estonia. Despite the fact that designers familiarise themselves with contemporary developments and styles, a design identity will be influenced by idiosyncrasies of the cultural heritage and economy of the country. Ascetic, oriented towards basic needs and functions, a smart aesthetic, not focusing on luxury – these are the intrinsic qualities of Estonian design. National identity has always been a political question for Estonians and that has been the driving force behind many consciously but also unconsciously launched defence mechanisms. Estonian art, especially applied art, has managed to preserve a certain detachment from politics. Nevertheless, during the occupation, creative people used every opportunity available to protest against the official ideology through renewing artistic expressions.

Design organisations: The Estonian Association of Designers (EAD) brings together over 140 designers from fields like product, textile, fashion and graphic design. It promotes Estonian design in its home country as well as abroad; it initiated the development of a national design policy; together with the Ministry of Economic Affairs and Communications and the Ministry of Culture, it participates in creating means for developing design and increasing demand and supply. EAD regularly organises educational seminars, workshops and competitions. EAD participates in the work of larger design organisations and is a member of the board of various organisations (ICSID, BEDA, EIDD Design For All Europe, DME Award), it collaborates in projects focused on issues like inclusive design, health care design (EHDM), design management and so on. 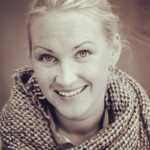 Human Cities: State of the Art

From pop-up hotel to the relaxing pod