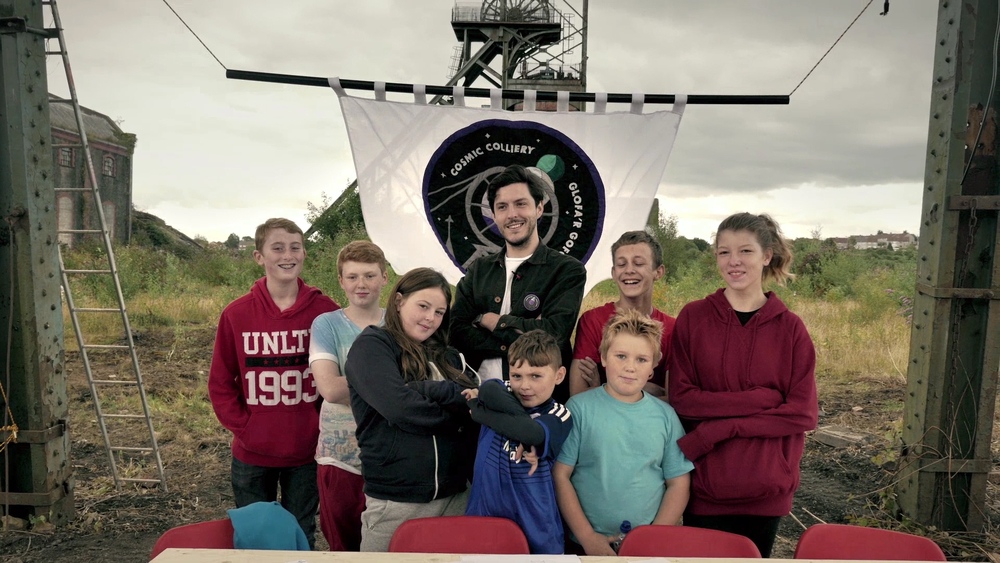 Cosmic Colliery involved working with communities in the Rhymney Valley, South Wales, to speculate on the possibility of the local abandoned coal mine becoming an underwater astronaut training centre. Acknowledging that this may never happen, the community collectively explored how close they could get to achieving this. Bringing together the local youth club, mens choir, barber, school, scuba diving club and those who used to work in the mines, this project was a catalyst for imagining an alternative future for this community.

“This project isn’t about actually building an astronaut training centre,” designer Hefin Jones explains in an interview. “I’m designing objects and scenarios as a way to make people consider new possibilities. I’ve been experimenting with designing situations which are in many ways ephemeral, and despite that, are successful at creating the necessary conditions to think big.”