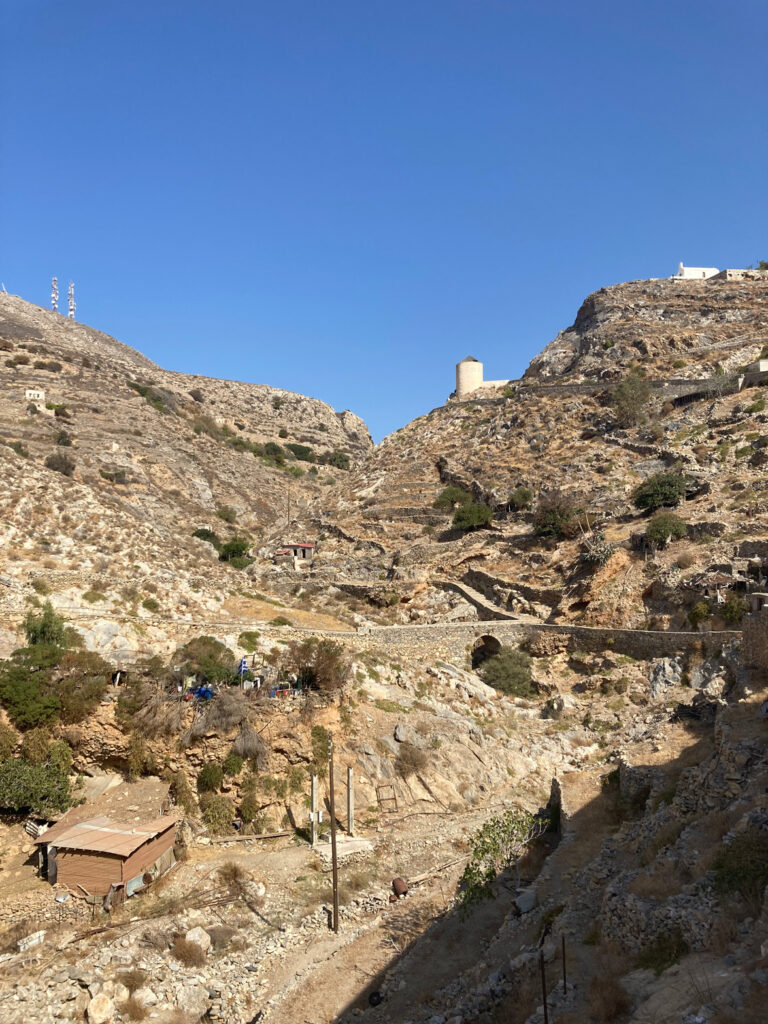 Not far from Ermoupolis, lies a remote and inaccessible area of Syros. Apano Meria occupies the northern part of the island and offers a landscape of overlapping shrubs, marbles and ancient drywall formations created by its first inhabitants.
Here we meet some of the oldest vestiges of human presence on the island, these barren lands have nurtured the people of Syros for centuries. These arid mountain tops will stay there to remind us of an old, different way of life, before Syros became densely inhabited.

In 1997, a permanent Wildlife Refuge, encompassing 190 acres of agricultural, grassland and partially forest land, was established in Syros, fulfilling the requirements for covering the needs of fauna in terms of peace, food and water, in the location of Apano Meria, of the Municipality of Syros. In addition, as of 2010 the whole area has been declared a NATURA2000 protected area.
Approximately 170 years ago, in 1845, the German geologist Hausman discovered in Syros a mineral with a striking blue color that he called glaucophanis (from the glauca + phanis: it looks like blue). Nowadays Syros is considered the most representative site of cyanoschistoliths and eclogites in the world. The whole island is a geological museum.

Apano Meria brings together archeological, geological and biological wealth, that hasn’t been touched by human development in the last century. Creating a balance between environmental preservation and tourist-led development is the central challenge we recognize in this remote place.