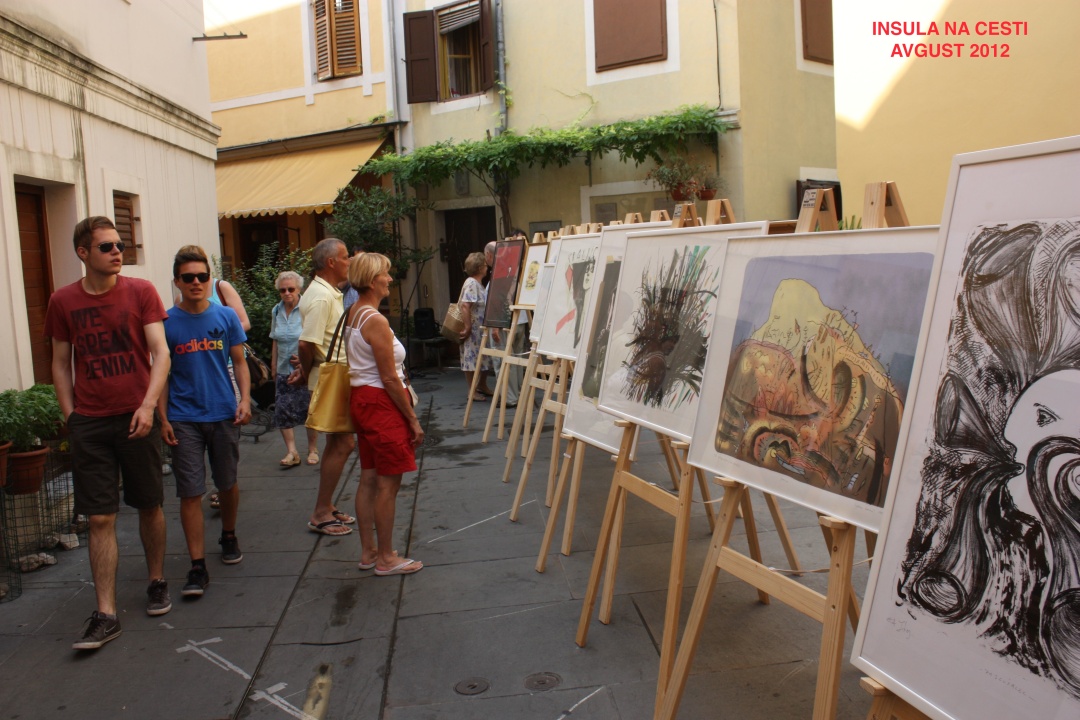 Events have been already taking place in this street for a long time. But they were not as big as the ones that are implemented today. People were gathering in the street to talk and enjoy.
The bar at the end of the street is the major space of sociability for the inhabitants. Ideas of events were generally taught during informal and friendly conversations at this bar among friends. In a way, these events are representation of a type of urban sociability/social process completely dead in other cities in Europe and in the world. In this street, the community is a reality before the creation of events in the street. Unlike some other events/initiatives studied within Human Cities, the activities are not created to overcome a lack of community values or a lack of activities in the public spaces. People were already in the street (it could be nice to understand why this type of social links exist in that place and do not exist in the others – it may have to do with the size, i.e. small and big cities, or the differences between Mediterranean and none Mediterranean cities). The events were created to gather the community to share and to make the city more livable.
The story of Basil Street is a good representation of this spirit. Once, someone in the street started to plant basil plants in front of its door in the street in a nice way (around the door). Soon many people asked if they could do the same. Rapidly, everyone in the street had his little pot of basil. It was too much for one street and people did not know what to do with it. Therefore some inhabitants proposed the idea of an event around basil where people will gather to eat dishes made with basil. And so the Basil Street event was born. What is interesting in this case is to see how fast people in this street have ideas and implemented them. In other city someone could have the same idea but not enough support from the local population to make it as big as in this little street. This street is the opposite of an individualist way of living which is very common nowadays. In this street, people are not keen of staying at their home without seeing other members of the community.

We can see different types of actors in this street event. The ones who were really involved in the creation of events since the beginning and who are now a part of the formal association for better life in Izola are the core group. Then there is a category of helping/involved participants. Around 40 people help to make every event happen in the street. Most of the time these people are adults. They are essential to the project. Every one helps according to what s-he can do. It can be the physical help, technical help (e.g. preparation of the stage for the artists during the Winter Festival, preparing the tables and outside urban furniture for Basil street), preparation of food and drinks. Everybody can do something. There is no leader in these events.
Children, teenagers, and seniors are most of the time simple participants.

Design is not occupying a big place in the events. The major preoccupation of the inhabitants was to make the street more livable during the year. Regarding their communication process, they created posters and flyers to promote the events, but they want it to stay a local event. Therefore a big communication campaign is not needed.
On the other hand the Basil Street events and its preparation, by planting basil pots in the street, completely changed the street by making it greener. People add urban furniture and greenery in the street and thus redesigned it – gave it a completely new outlook.