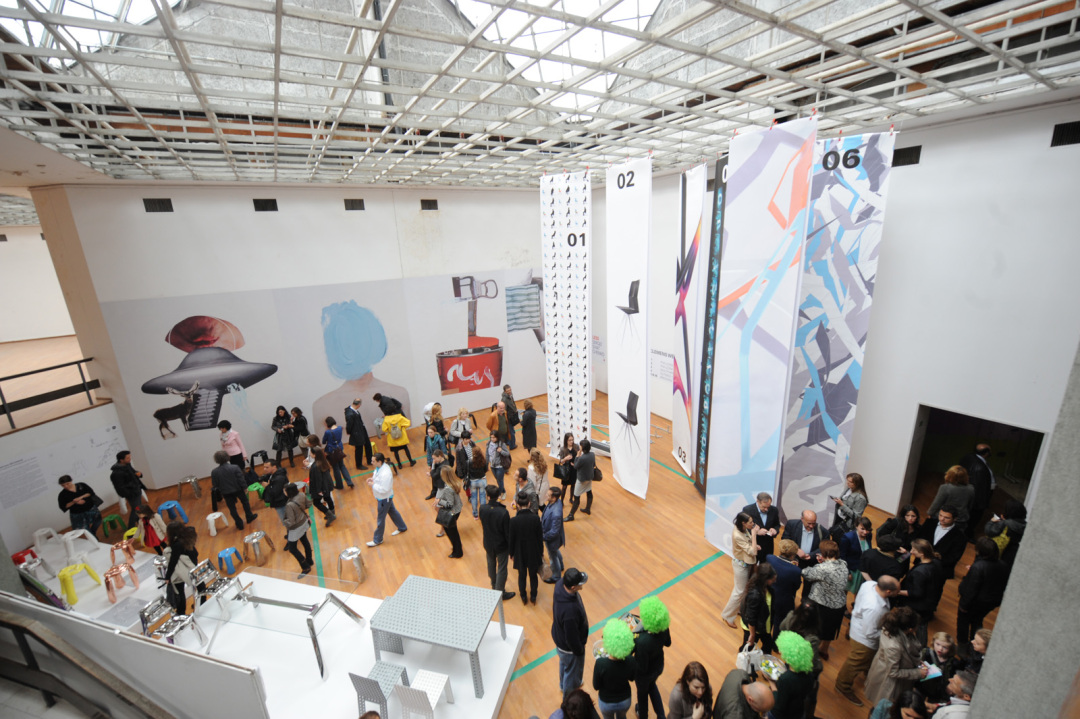 Founded in 2005, as a true rarity in the world of festivals – as a non-profit NGO, Belgrade Design Week is the first festival of creative industries and modern business in Serbia and the South East European region, covering an area home to more than 100 million people from Milan to Istanbul.

For 9 years now, Belgrade Design Week has successfully forged intercultural and business connections between the global design scene, the regional creative industries and the city of Belgrade. With its concept BDW renews, within a contemporary context, the tradition of grand international festivals of culture such as Bitef, Fest and Bemus, recognizing the complete lack of the creative industries’ presentation, and adding for the first time Belgrade and Serbia to the global design map. Belgrade Design Week serves as an all year around educational platform and a meeting point for the exchange of ideas and experiences between international and national experts from all areas of design, architecture, creative industries, new media, marketing, advertising, communications, publishing and arts management.

We firmly believe that design today is much more than just a tool for the achievement of profits and economic success. We see it as a carefully crafted methodology for the introduction and realization of new ideas in the society. It is in pursuit of this goal that Belgrade Design Week, despite the situation in which in Serbia and the region there is practically no “design industry” that would justify organizing a fair, accomplishes its mission by gathering global leaders in the fields of architecture, design, branding, advertising, culture, publishing, media and communications once a year in Belgrade at its famous international conference, followed by satellite programs such as creative workshops, master-classes, exhibitions and promotions.

Main BDW promoters are Jovan Jelovac, the founder and creator of BDW , and Vesna Jelovac, BDW CEO who travel all year round to promote Belgrade Design Week and the Serbian creative industries, forging new connections and gathering the most important thinkers to present at the BDW conference.

Secondary players are all the BDW alumni who, in past ten tears, thanks to their invitations to BDW to hold workshops, lectures and exhibitions, made a great impact to regional South East European creative, media, academia, institutions and businesses who regard design and creative industries as added value, and who, on the other side, made new cultural and business connections in a region they almost unequivocally never had relations with before. What makes Belgrade Design Week and our creative conference so special and different is most of all the impressive participants list, which constantly grows and each year involves more and more global leaders in the creative industries. In the past five years the list of lecturers alone at our conference includes more than 400 leading creatives, artists, architects, designers, branding and advertising experts, curators, publishers, entrepreneurs, critics, in one word – “The Greatest Creative Minds of the 21st Century!”

Main beneficiaries are members of BDW’s the massive pro-European professional audience of the highest quality, composed of opinion makers and creative leaders of the whole region, all the way to medium and small enterprises, and a huge population of students from the creative faculties. The audience is composed of 50% local, 30% regional and 20% worldwide delegates and visitors, with over 15.000 attendees each year at our main festival hub alone, and an immeasurable number of spectators and followers in the city wide satellites programs and media.

PREVENTION OF BRAINDRAIN
BDW nurtures conditions for the growth of creative jobs in society, requiring cutting edge knowledge and education, as new priority of the Serbian Government’s national strategy, like in all other smart countries affected by the crisis.

IMPULSE TO BUSINESS
BDW is promoting sectors of the creative industry which are crucial for developing of not import, as the only active sector in Serbia today, but for pushing forward innovative business start-ups and production, capable of creating a reasonable amount of new jobs.

PERMANENT EDUCATION
BDW is the only conference in the SEE region which teaches individuals, government and businesses how to adapt to changes in today’s economy, through concrete examples of productive thinking, showcased by leading global creatives, brands and corporations.

EUROPEAN VALUES
The finest European and global cultural institutions and embassies in Serbia, kindly support lectures by their countries’ leading representatives at BDW, fulfilling their quest for a promoting European values, for the benefit of Serbia and the entire region.

That’s why our motto this year was “BRAND NEW WORLD”, accurately describing what we did: We invited the world’s best designers of 2014 to Serbia, carefully selected from over 20 nations and all walks of the global creative industries, and at the same time, presented to the world the best that Serbia has to offer. For first time in history under High Patronage of the President of the Republic and the Mayor of Belgrade, we presented our complex, but laser-sharp five programs during a packed Design Week: First of all BDW’s world-famous international conference “BRAND NEW WORLD”, for the ninth time in row, which in addition to more than twenty of the creative industries’ global superstar speakers, for the first time, showed the most prominent representatives of the Serbian creative scene in three days – first, the best architects, then the best designers and finally the best communicators in 2014, in a new subprogram called “Serbian Innovation Session”. In the same time, at the BDW DizajnPark exhibition spread over three floors above the conference, the latest global and local design masters crossed paths in a firework of mutual inspiration, preceded by our cutting edge international workshops for professionals, the PKS DizajnLabs, organised with support of the Serbian Chamber of Commerce.