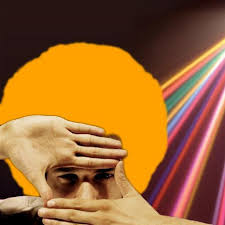 Mjehur Na Mrezi – MNM – The Blop on the Net BON

The strongest advantage of Mjehur Na Mrezi, in comparison to other media content available on the market, is its devotion to marginalized and yet very important values centred around gender equality, minority groups equality, subculture production, urban spirit in terms of innovation, progressive and alternative view on everyday life.

Finally, building relationship with regional artists and institutions will contribute to reconciliation and promotion of tolerance, understanding and better communication between different audiences.

Having in mind that the very recent future will bring substantial changes to the Serbian media market and that Internet, digital and mobile platforms will become prevalent environment for media exchange and consumption, it is of utmost importance to start creating challenging, innovative, authentic media projects as Mjehur Na Mrezi is.

Up until now, digital media channels and social networks has been perceived as alternative ways of communication, reserved only for small fragments of mass audience, interested in political narrowcasted content.

Mjehur Na Mrezi is interested in addressing wider audiences and changing their perceptions about the Internet, promoting it as mainstream media channel, that can be used as entertainment, activity and discussion forum, music and culture oriented, but still keeping interest and effort in being engaged and informative.

MNM’s founder, Srdja Andjelic, a well known urban radio host, one of the founders of the legendary former Radio B92, and author of numerous TV and movie scripts.

MNM is developed in collaboration with Belgrade Design Week. BDW’s team of experts lead by Vesna and Jovan Jelovac will steer the necessarry topics of the HUMAN CITIES project development into equation.

Design is central to the MNM project – MNM is a product of pure design thinking and consulting by a whole line up of leading experts in Belgrade.

In the first phase of development, it is interesting to see the “design thinking” approach for the first time ever projected on the Serbia radio space. Sound – music, voices and tones – are intrinsically moxed to achieve aunique MNM signature house style. In the second and follow up stages, this identity will be transformed into video, internta and other more visual media.

But more than anything else, MNM is promoting “design thinking” VALUES through its content. It is not stretched too far to say that MNM is currently the ONLY “design oriented” media in Serbia where expertise and sophisticated forms of communication are valued over popular scores and interest. In the same time, it is arguably the only popular electronic media in Serbia to develop a critical content for topics such as architecture, design, arts, music, lifestyle, contemporary living, margin groups etc. No mainstream media in Serbia is currently elaborating those subjects.