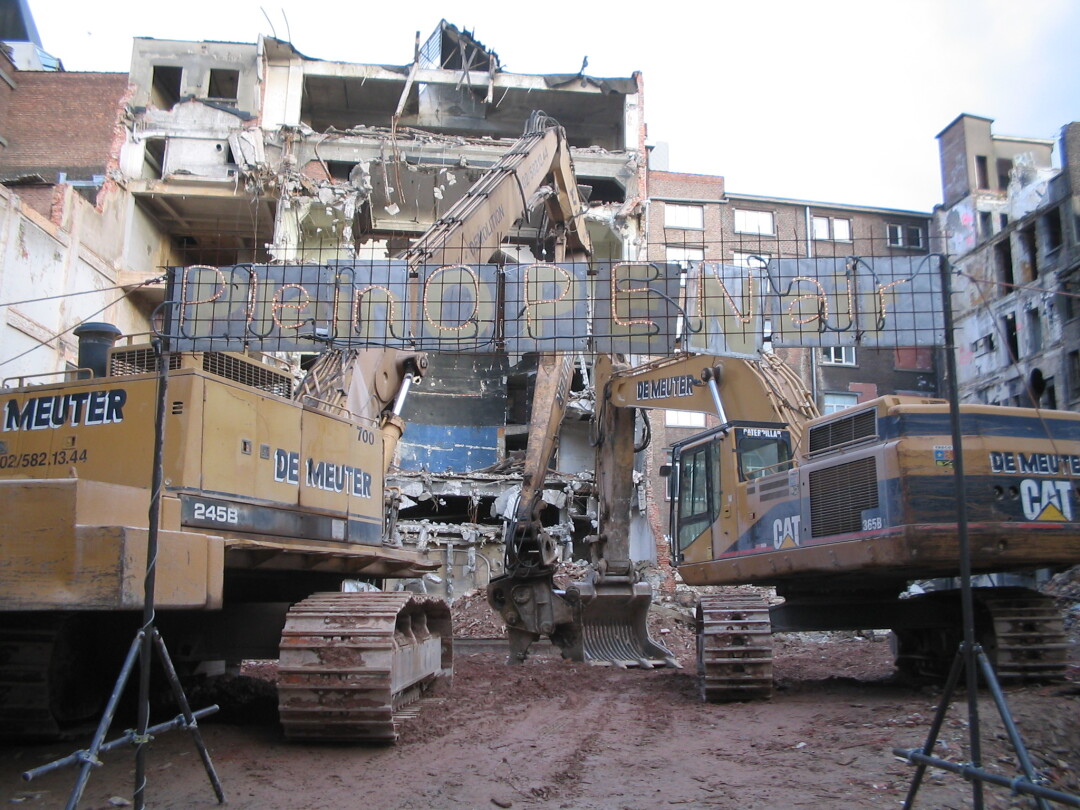 Plein OPENair is founded by Cinema Nova who is run by a collective of volunteers since 1997.

This movie theatre screens mainly independent and undistributed film in Brussels. Stemmed from the desire to go beyond the traditional location and to reach a bigger public gave birth to the project Plein OPENair. It is an annual urban festival held in the city of Brussels three weekends every summer since 1997.

Organised by local associations Cinema Nova and City Mine(d), they attempt to generate critical public awareness of buildings threatened by demolition, or abandoned sites in need of development through a series of open-air film screenings.

Plein OPENair festival plants its screen like a flag, they look to the city’s changes led by politicians, landowners, architects and construction companies, then choose locations to show films that are symbolic of those changes. As a result, it creates opportunities to build bridges with other actors while developing creative practices and expression in public space. In doing so, it deconstructs the codes imposed by a top down urban development to make room for citizen’s imagination and involvement.

Each year the festival sets a site-specific theme that provides the framework for the screening. Themes from ‘the privatisation of public space’, ‘insecurity’ to ‘sustainable city’… In parallel, a wide range of urban cultural and artistic activities like debates, guided walks, music, performance, radio show are organized to accompany the programme.

Access to all activities is always free, which is made possible both by subsidies and the support of volunteers.

The use of design is implicit. But we notice that Plein OPENair’s mode of operation involves design methodology and processes. They catalyse citizens to see issues and possibilities through an open-air cinema. Such methodology stimulates and tackles complex urban issues in a creative and approachable way.