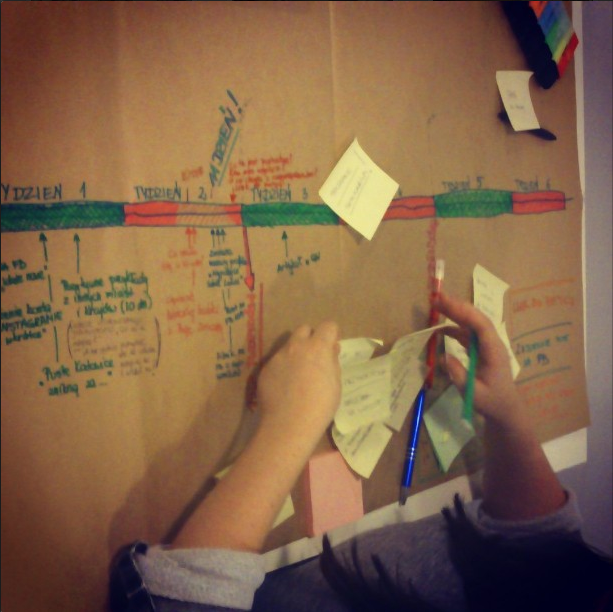 A social campaign for the return of empty buildings in Katowice city centre to urban life in Katowice, Poland

Fundacja Napraw Sobie Miasto (“Fix Your City” Foundation) addressed the issue of empty buildings in 2013, during the realisation of the project Vacant Central Europe: Mapping and recycling empty urban properties. This is when we mapped the empty properties from the social point of view and searched for ideas how to utilise them temporarily and permanently. In 2014, we took special interest in a particular object: the seat of Pracownia Projektów Budownictwa Ogólnego (General Construction Projects Studio) in the district of Koszutka, which used to be run by Henryk Buszko and Aleksander Franta, the authors of the legendary icons of modernism: Osiedle Gwiazdy (“Stars” housing estate) and Osiedle Tysiąclecia (“A 1000 years anniversary” housing estate) in Katowice as well as the health resort in the town of Ustroń. Moreover, we asked various people whether they knew any abandoned places in the city which could be used as interesting exhibition or theatre spaces. While seeking inspiration for a way to regulate the use of such places in the future, we came across a similar programme working in Warsaw. We started monitoring and assessing its effects.

Working on the Rent the Place DIY project we prepared the second edition of a spatial database and maps based on the detailed information obtained from Katowice City Hall. At the same time, we realised that the issue, however important, was barely present in the public debate, which was why we launched the social campaign. Therefore, the goal of our action is to draw the attention of the residents and users of Katowice urban space to the problem of vacant buildings, to promote the idea of the temporary use of uninhabited properties, and to generate and test the ideas for their reuse. This is the reason why we are running the informational campaign, building social support for the proposed legal solutions, collecting signatures under a petition, networking potential renters of the empty buildings, and organising workshops to demonstrate the possibilities of their adaptation.

The whole project was run iteratively, and the idea emerged in the course of consecutive stages of development. After the completion of each stage, we organised retrospective workshops at which we verified and reformulated the adopted solutions and developed the rules for the invitation of new partners. This was why changed our initial idea.

The concept of the legal regulations was prepared according the service design method during a meeting of the project team. The social campaign and the action promoting the short-term rental of empty premises were developed in a workshop manner (co-design).