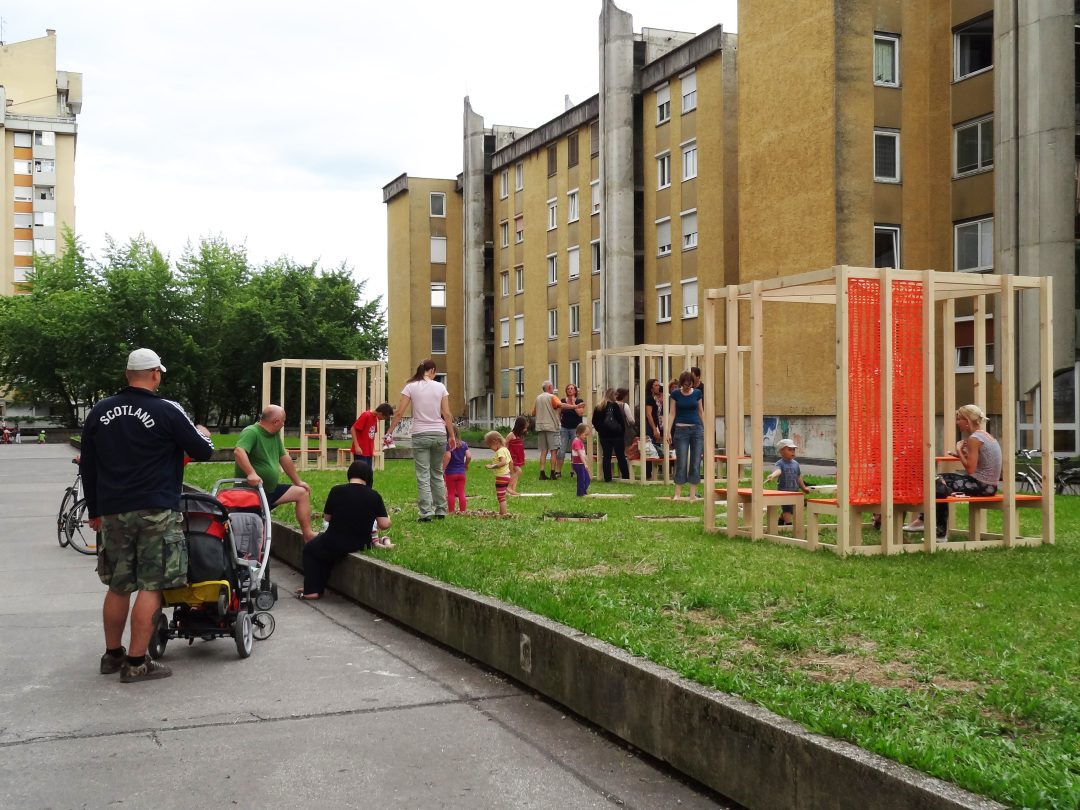 Skupaj na ploščad!  – Together to the Platform!

Bratovževa ploščad is one of numerous sleeping neighbourhoods of Ljubljana that lack its own local life and identity. Even if extensive paved and green open spaces are provided in the neighbourhood they are desolate and not used. Two locally based architects identified the potential of the extensive asphalt-paved area between the blocks of flats and initiated some activities that invited the locals to come out of their flats and spend time together in the common open space. At the initial stage they invited local inhabitants to jointly design and physically construct new street furniture that was completely absent. Once the place was equipped, the moderated activities were organised to animate the space and keep people coming and use the space on daily bases.

There were two main promotors: architects Damjana Hudnik Zaviršek and Špela Nardoni Kovač. Their role was to initiate and coordinate the activities that were then running with the full participation of interested local inhabitants. For the successful implementation of the project it was important to get enough locals involved in the making of street furniture and preparation of the venues as well as getting involved enough volunteering moderators of the events. The final beneficiaries were the local inhabitants who were offered a much richer public space in-front of their homes and new activities added.

Design in classical terms (designing physical objects) was not at the core of the endeavours. Nevertheless the participatory designing process of the new provisional (mainly wooden) street furniture played an important role in the initial phase as it helped drawing attention and get people involved.