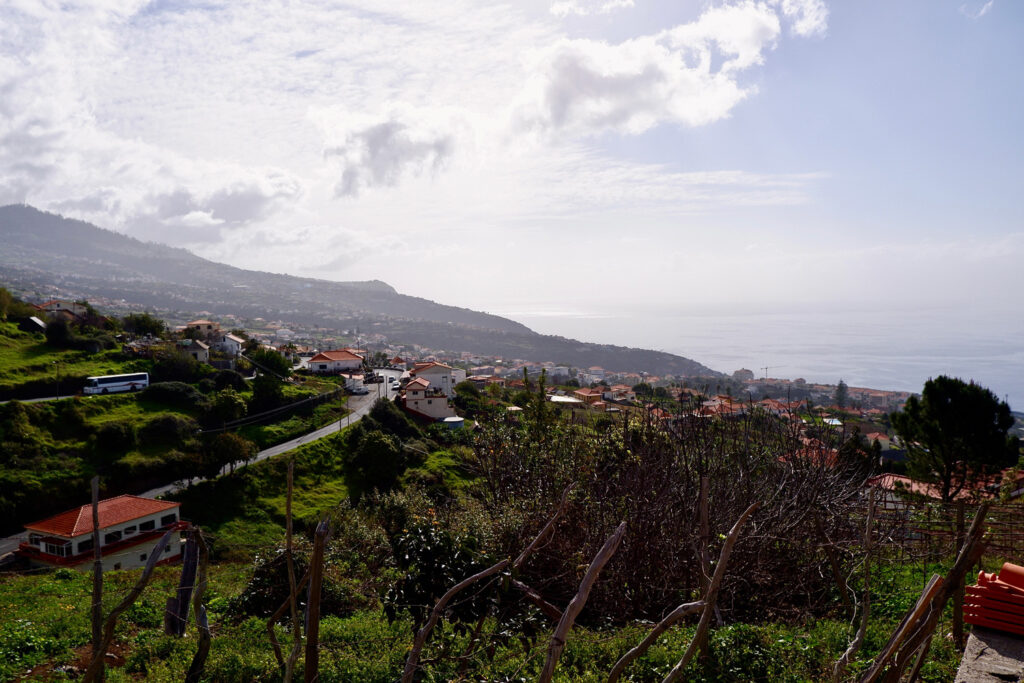 Estreito da Calheta is a small village located on the southwest coast of Madeira Island founded in the second half of the sixteenth century. It owes its name to the orography of the land, since it is situated between two valleys in a narrow area, limited by the Atlantic Ocean on its southern part and by the central mountains of the island on the northern side of the village. In Portuguese, “estreito” means “narrow”.

With about 1600 inhabitants (2011) it has a considerable foreign community that has found in its fertile and sunny slopes an interesting place to live. The local economy is mainly related to agriculture and tourism. Historically, the village was very important for the island economy due to sugar production, that lasted till the 18th century. The large farming families slowly abandoned its production, leaving behind interesting marks, such as its beautiful manor houses with their Romanic chapels, which we can still find along the way today.

Unfortunately nowadays Estreito da Calheta lacks identity, cultural production and freshness in their local activities. Like so many remote and small places in the country, Estreito is losing its young population to urban areas and to emigration. The Smoties project can help enhance local culture by promoting engagement activities between young and elderly, revitalizing local products and helping the community to raise their sense of pride and identity that they once had.